Schoolchildren in Northumberland have been given a glimpse into the future of travel on the county’s railway as they boarded a special train service between Newcastle and Morpeth.

Northumberland County Council and Northern hosted the events which saw trains travel on part of the proposed Northumberland line – taking in the route that will see five of the six proposed new stations built.

The journeys were also supported by Read North East, who gifted books through their partnership with Penguin Random House.

As well as the new stations – Northumberland Park, Seaton Delaval, Newsham, Blyth Bebside, Bedlington and Ashington – the Northumberland Line will also result in an upgrade of 18 miles of track to provide local communities with enhanced connectivity.

The scheme, proposed by Northumberland County Council, has been made possible thanks to the Government’s Restoring Your Railway Fund, which offered development funding to explore options to restore lost rail services connections to communities.

Earlier this year the Department for Transport provided £34m towards detailed design and preparatory works which will allow for the reintroduction of a regular passenger rail service between Ashington and central Newcastle, with several stops in between.

Kerry Peters, regional director at Northern, said: “Bringing new rail services to the North East as part of the Northumberland Line is really exciting and we’re honoured to be able to connect all the communities based along the route.

“It was wonderful for the children to see the routes they will be able to travel on and enjoy in the near future.”

With the new line set to open in December 2023, Northern – which will operate all passenger services – is already developing plans to provide a timetable that will help local communities and deliver this positive impact for the region.

Glen Sanderson, Northumberland County Council leader, said: “It is great for children to get a glimpse of what is coming to the county in the near future.

“Perhaps more than anyone, this new line will bring benefits to young people as it will open up improved access to education, jobs and homes for many years into the future.

“As the line develops we look forward to sharing this journey with many more communities along the route.”

The Northumberland line, currently partially used by freight trains, aims to further stimulate and support economic growth, regeneration and community development in Northumberland and the surrounding regions by providing new and improved transport links for local people and businesses. By doing so, the scheme will improve access from towns such as Ashington and Blyth to employment hubs like Newcastle, as well as opening up new opportunities for leisure, education and travel. It will also provide a real incentive for potential employers to relocate to and invest in the local area. 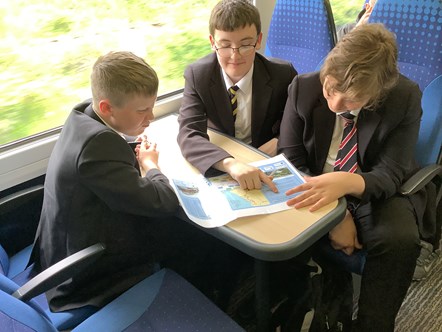 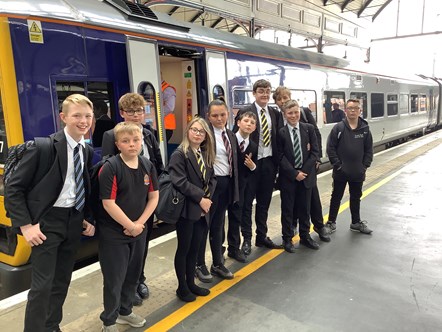