Rail operators call on Grand Final fans to plan ahead

St Helens are set to take on League Leaders Catalans Dragons at Old Trafford on Saturday with rail operators Northern and TransPennine Express warning that services to and from Manchester will be much busier than usual.

The match is expected to attract a capacity crowd to the home of Manchester United and tens of thousands of people are likely to travel by rail to and from the season-ending final.

With the game scheduled to finish at around 8pm, there will be a limited number of trains from Manchester stations back towards St Helens and the train operators are calling on rugby league fans to plan ahead.

Chris Jackson, Regional Director at Northern, said: “The Grand Final is a fantastic occasion and, after a season sponsoring Super League, it’s great to be able to help so many fans get to and from the showpiece match.

“We want to make sure everyone travelling has a great day and will be putting on additional carriages where possible, but our customers need to be aware that all services after the match are likely to be extremely busy and it may be worth considering alternative routes.”

Northern has also confirmed Deansgate station will be closed to customers from 6pm and trains will not stop at the station.

Kathryn O’Brien, Customer Experience Director at TransPennine Express, added: “The Rugby League Grand Final is one of the biggest occasions we see every year in the north of England.

"To try to support those wishing to travel into Manchester, we have strengthened services where we can, but we’d advise customers to leave plenty of time to get to their destination and to also check before they travel.” 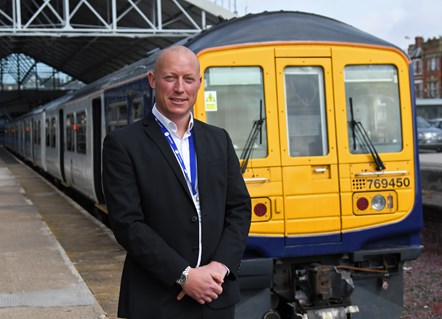