Work to increase the number of park and ride spaces from approximately 24 unlined spaces to 58 spaces, including three fully accessible and three extra wide spaces, will begin on Monday (29 March).

Other improvements being made to the Middleton Road facility include new lighting and CCTV, resurfacing, motorbike parking, drainage and a one-way traffic system. Designated walking routes with tactile paving will also be added to boost accessibility.

The work, which is expected to be complete by July 2021, will not affect the highway or the bus stop. However, the car park will remain closed until completion.

The £450,000 scheme is funded by Transport for Greater Manchester through the Local Growth Deal Programme, with a contribution from station manager Northern who will carry out the work.

The work follows on from a multi-million-pound Government investment at Mills Hill where Network Rail recently completed work to build a new ramp on the Manchester bound platform and install a new lift and staircase on the Rochdale bound side.

This has benefited passengers with reduced mobility, families with prams and those carrying heavy luggage.

Improvements to the park and ride will help meet the aims identified in the Greater Manchester Congestion Deal, by encouraging public transport use and providing a genuine alternative to the car.

Councillor Mark Aldred, Chair of the Greater Manchester Transport Committee, said: “Schemes like this are so important if we want to encourage people to make the switch to more sustainable forms of transport.

“Park and ride schemes give people an incentive to leave the car behind, even if it is only for part of their journey, which will be crucial in helping us to cut harmful emissions and reduce the volumes of traffic clogging up our roads.

“Over the next 12 months, we’ll be delivering more than 700 extra park and ride spaces to key transport hubs, so I’m delighted with the progress being made.”

Chris Jackson, Regional Director at Northern, said: “I would like to ask our customers for their patience while improvement work is carried out.

“We are working hard to make sure our stations are safe, accessible and welcoming places for our customers, and I am confident that these enhanced facilities at Mills Hill will be welcomed.

“The work to the car park forms part of our A Better Way to Go campaign, demonstrating the hard work that has taken place as we continue to transform rail travel in the north and I’d like to thank everyone who has been involved.

“The campaign, which will be seen in stations, on-trains and online, will also cover improvements such as improved CCTV onboard trains and in stations, our new state-of-the-art new trains as well as fully refurbished trains and much more.”

Karen Hornby, Head of Stations and Customer Relationship for Network Rail, said: “After our recent work to improve accessibility at Mills Hill station as part of the government’s Access for All scheme, the park and ride expansion is more fantastic news for passengers.

“These improvements will help to make a real difference to journeys as we look forward to welcoming more passengers back to the railway.”

Councillor John Blundell, cabinet member for a thriving economy at Rochdale Borough Council, said: “As we continue to address the climate emergency, it’s imperative that we make it as easy as possible for people to make sustainable travel choices and these improvements will do just that.

“Our incredible public transport links are a massive asset for Rochdale borough and that’s why they form a key part of our future regeneration plans, which are outlined in our new rail strategy. We intend to continue to work with our colleagues at TfGM and Northern to push for even more improvements to our stations and this is a really important step in the right direction.”

The scheme is the latest in a series of recent and planned park and ride expansions across the region.

Following the opening of a 360-space park and ride site at Parkway on the Metrolink Trafford Park Line last autumn, work to increase Metrolink park and ride provision at Radcliffe and Whitefield by a total of 234 spaces will begin this summer.

Work to build a brand-new park and ride facility at Walkden station, providing over 100 parking spaces is also set to take place this summer.

Development of the park and ride provision will help meet Greater Manchester’s Our Network vision by helping to provide a truly integrated public transport system, making travel around our city-region easier, more accessible and affordable.

Further park and ride projects across the region are currently being considered. 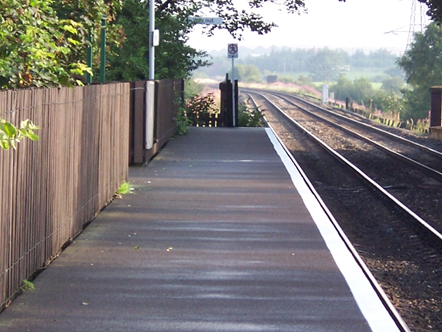