The rail operator is also asking customers not to attempt travel on routes between Leeds and Sheffield via Dearne, Sheffield and York, and Doncaster and Leeds.

On Friday, Northern announced a number of cancellations on routes in and out of Sheffield after many conductors and drivers were either diagnosed with COVID-19 or asked to self-isolate following Track and Trace notifications.

The situation has continued to worsen with bus operators, who would normally provide replacement transport, facing similar problems.

Chris Jackson, Regional Director at Northern, said: “We have already seen cancellations on Saturday and have had to tell customers on some routes not to travel. We had hoped to be able to operate more services on Sunday, but the situation hasn’t improved, and we’ve been left with no choice other than to issue the same warning for Sunday.

“This is not a decision we have taken lightly and, in doing so, we’ve had to balance the demand for services with our realistic ability to provide a reliable and punctual service for our customers.”

Though South Yorkshire is the most seriously affected region, short notice cancellations and amendments to timetables are possible on all routes across the Northern network on Sunday.

Up-to-the-minute details of Northern’s services can be found via the rail operator’s journey planner at northernrailway.co.uk/journey-planner or at National Rail Enquires at nationalrail.co.uk. 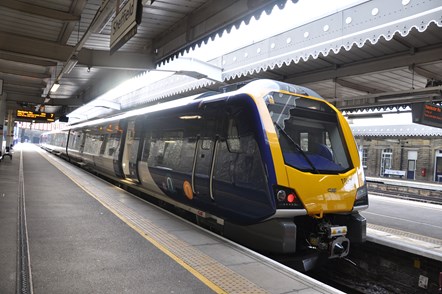