Northern is reminding school pupils and parents in Cumbria of the need to buy rail tickets before boarding the region’s trains.

Northern’s revenue protection teams have been working at Ulverston and Kendal stations since the start of September, monitoring and speaking with pupils who are attempting to travel without a valid ticket.

On average, 33 pupils each day have been stopped without a ticket and inspectors have either provided the opportunity for children to purchase a ticket or, in rare incidences, refused travel. In some cases parents have had to come to the station to pick up their children.

Jason Wade, Northern’s Head of Retail Operaitons said: “Everyone needs to buy their train ticket before they board, no matter how short the journey or age of the passenger.

Jason added: “You can buy your tickets in many ways, either at the station, via ticket machines or via our app or website, with these digital options becoming more and more popular. We even offer half-price season tickets for Cumbrian school children. 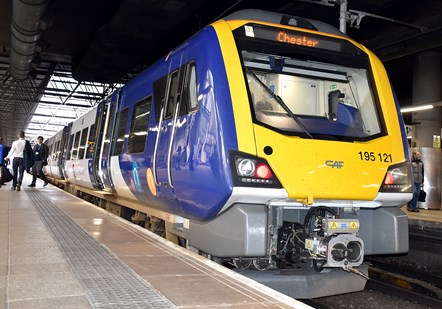