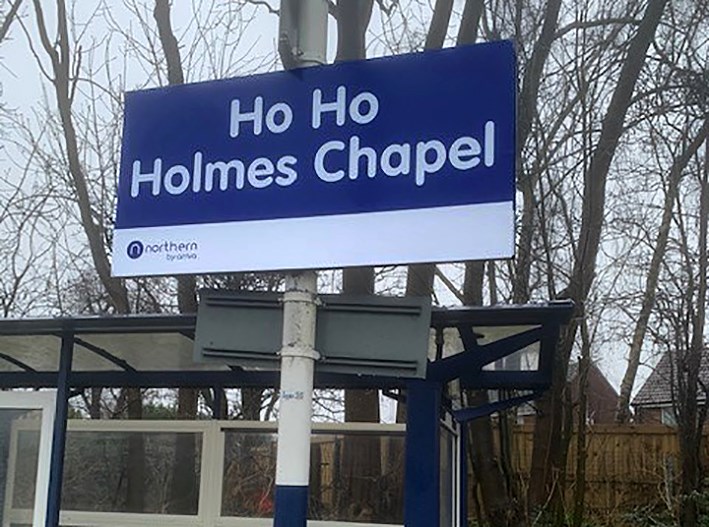 Northern is bringing Christmas cheer to its network with the re-naming of four stations.

Barnsleigh, Blackpool North Pole, Hartleyule and Ho Ho Holmes Chapel made their debuts on the railway this week thanks to a bit of festive spirit.

Customers at Blackpool North Pole and Barnsleigh were also treated to a free hot chocolate to help their days get off to a cheerful start.

But there was more than Yultide merriment behind the changes to Northern’s stations. The new names reflected donations made by Northern to charities in the local communities.

Holmes Chapel Music Society and Team Robster (raising money for The Brain Tumour Charity in Cheshire) were chosen as Northern’s Christmas charities in the town and staff were visited by Santa’s helpers who handed over the donation.

Holmes Chapel Music Society was formed in 1972 with the aim of bringing the highest standard of musical performance to the town. The Society organises concerts by professional performers; many internationally renowned, which take place in the specially adapted Small Hall of the Leisure Centre within Holmes Chapel Comprehensive School and Sixth Form College.

Chris Jackson, Regional Director at Northern said: “Christmas is a great time of the year – and there really is no better time to give something back to the communities we serve and are part of.

“Holmes Chapel Music Society and Team Robster  - in very different ways – make a significant difference to people’s live in the local community and I’m delighted we have been able to support their efforts.”

Jane Perrins, Chairman of Holmes Chapel Music Society said: “We are absolutely delighted that the Northern staff at Holmes Chapel station have chosen us to receive this donation. This donation will continue to help us on our quest to deliver high standard performances from critically-acclaimed artists to the people of Cheshire and beyond.”

Sarah Williams, lead fundraiser for Team Robster, said: “When my husband was diagnosed with a grade four brain tumour 12 months ago, we had no idea how underfunded brain tumour research was and how little knowledge existed of treatment and research into Glioblastoma. We are so pleased that Northern staff at Holmes Chapel have chosen to support our cause for The Brain Tumour Charity and are helping us to contribute to closing the gap on this devastating disease.”

As well as making the charitable donation, Northern ‘elves’ will be out and about in Blackpool (and across the network) in the run-up to the ‘big day’ to spread a little more Christmas cheer – with festive treats on offer for customers of all ages. 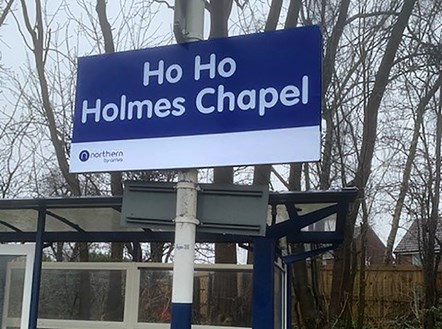