Work by Northern and West Yorkshire Combined Authority and to create a 250-space multi-story car park is scheduled to begin at Steeton & Silsden rail station in mid-February.

As well as creating a new multi-story facility with over 100 additional parking spaces including nine Blue Badge bays and a lift to first and second floors, the scheme will also include enhanced CCTV and low energy LED lighting.

Building the new car park will mean closing the existing car park for the whole construction period, which is expected to be 12 months. Because no nearby car parking is available, station users are being advised to consider alternative arrangements and, where possible, to walk or cycle to the station.

Among the local bus services that people could use are the half-hourly, 62 between Keighley and Leeds Bradford Airport, the 71 between Low Bradley and Steeton & Silsden station and the 903 Keighley - Silsden circular.

A Combined Authority spokesperson said: “Steeton & Silsden station is popular station and the current car parking provision does not meet demand, which is why we need to carry out this scheme which will result in a significantly extended and improved facility for rail users.

“We realise this is going to be inconvenient for those people who drive to Steeton & Silsden, but the station’s location means there is no realistic alternative until the scheme is complete and we open the new, three-floor car park with 100 extra spaces.

“We would urge people to think whether they can use other forms of transport, including cycling and walking, to travel to the station or to consider catching the train from another station and thank them in advance while we carry out the work to deliver these improvements.”

Steve Hopkinson, Regional Director at Northern, said: “The new car park will secure the future for rail customers in the area. Steeton & Silsden is incredibly popular and we anticipate further growth in the future. It’s only right, therefore, that our customers have a car parking facility which meets this growing demand.

“I’d like to thank everyone using the station in advance for their patience and understanding while the vital work is carried out.”

Councillor Alex Ross-Shaw, Bradford Council’s Executive Member for Regeneration, Planning and Transport, said: “It’s great to see this essential work starting at Steeton and Silsden Railway Station. Although we appreciate it will cause major disruption for some people while it is carried out, it will deliver much needed improvements and encourage more rail use in the long term."

Notices warning people about the car park closure will be posted at the station by Northern, which manages Steeton & Silsden, and announcements will also be made on trains. Ahead of the closure date, Northern staff will be at Steeton & Silsden Rail Station to provide advice for passengers.

Steeton & Silsden rail station is one of 14 projects within Phase 1 of the Combined Authority’s Rail Park and Ride Programme, which has been designed to increase station parking and provide people with increased access to train services. Funded through the West Yorkshire-plus Transport Fund, it will help reduce congestion, improve local air quality and enhance people’s access to jobs, training and apprenticeship opportunities, as well as leisure activities. 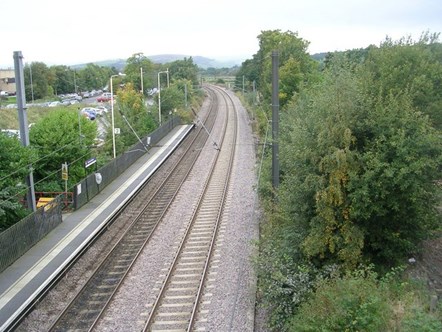