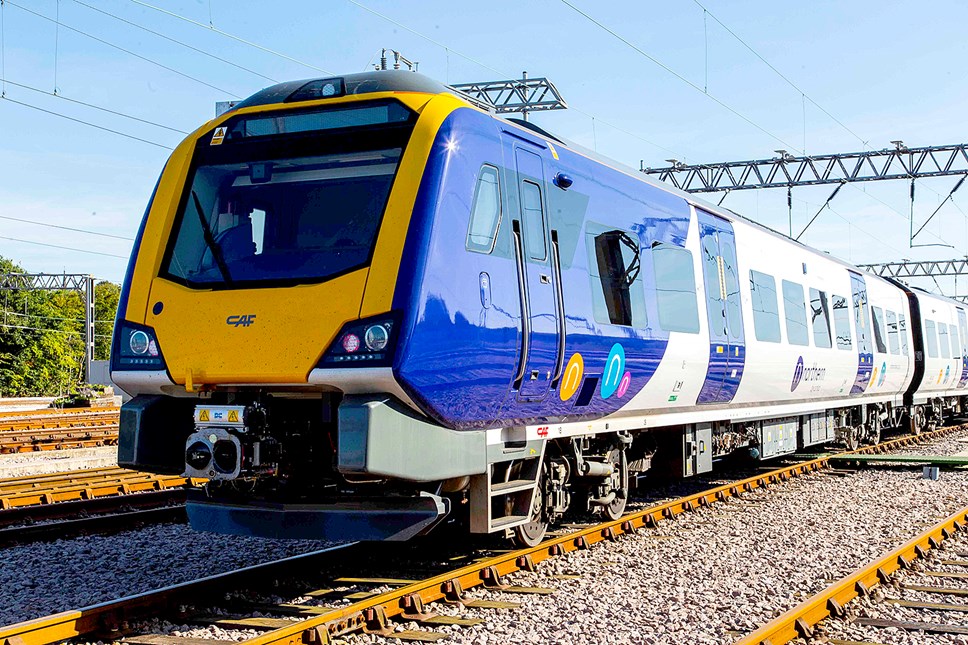 Northern has now introduced more than 50 brand new trains across the north of England – with the latest additions serving customers in Yorkshire, Lincolnshire and the East Midlands.

The new trains, which provide customers with a step-change in the quality of their journeys, all feature air conditioning, at-seat charging and free customer Wi-Fi. They are also fully accessible, have space for bikes and wheelchairs, and display real-time travel details via customer information screens.

Northern began introducing the new diesel (Class 195) and electric (Class 331) trains in the summer and have been steadily rolling out carriages on many routes across the region. In the past week a further 20 trains have been added, giving more customers more comfortable journeys.

David Brown, Northern’s Managing Director, said: “The introduction of these latest new trains  - part of a £500m investment in rail in the North – means we have more than 50 per cent of our state-of-the-art fleet in service. This is great news for our customers and clearly demonstrates we are making real progress in transforming the service we provide.

“It’s fantastic to see so many of the new trains out on the network and I look forward to delivering the rest of the fleet as we move into 2020.”

Henri Murison, Director of Northern Powerhouse Partnership, said: “It was northern civic leaders who came together to say we deserve a better service here in the north, and took the step of joining with the then government to decide what would be asked of our train companies. We agreed new trains should be introduced.

“Having more than half of the committed new trains on the rail network is another step in the right direction, and these will see more people getting out of their cars and popping into cities and towns across Yorkshire, Lincolnshire and Nottingham by train over the Christmas season.

“The fact is that, whenever new or refurbished trains are introduced, more people start travelling by rail. This connectivity is crucial when people have to make decisions about possibly taking a job further afield. It also helps to grow the northern economy and help cut down the carbon emissions and air quality problems caused by private cars in our cities and towns.”

Northern’s new trains now operate in Cheshire, Cumbria, Greater Manchester, Lancashire, Lincolnshire, Merseyside, Nottinghamshire and South and West Yorkshire and call at almost 130 different stations. Since July more than two million passenger journeys have been made on the trains.

Northern’s new trains are part of the largest modernisation programme in a generation that is transforming travel in the north of England. It is currently fully refurbishing its existing fleet of 268 trains, improving its stations and has introduced more than 2,000 extra services every week since 2016. The new trains have been funded by Eversholt Rail Group and are built in Spain and in Wales by train manufacturer CAF.