Northern is calling on community groups to share their ideas for making its trains and stations even more accessible for disabled and older people – and has set up a £250,000 fund for the best ideas to transform the network.

The Accessibility Fund, which will open to applicants on Monday 1 February, is dedicated to empowering older and disabled people to make decisions which will improve the railway.

Voluntary organisations, community groups, charities and stakeholders, such as local authorities, can bid for grants of up to £50,000 from the fund to make accessibility improvements at stations in their area and make services available to anyone who may feel isolated or excluded.

It’s a first for the UK rail industry as the fund will be led by the independent Northern Accessibility User Group (NAUG) and supported by Northern.

NAUG spokesperson, James Martin, said: “Everyone has the right to travel independently, and we are delighted that our pan disability group will lead the Accessibility Fund to make Northern stations and services more accessible for everyone.

“We are pleased with the commitment Northern has shown to support the fund, which will benefit many communities across the North.”

Ideas could include innovations that make train travel simpler and easier, raise awareness of rail services or encourage people to travel for the first time by train.

Other applications could include how information is presented at stations or the facilities provided.

Mark Powles Commercial & Customer Director, at Northern said: “We are dedicated to making Northern’s services accessible to everyone, and to playing a role in improving the communities along our routes. We want to hear suggestions for how we can continue to do this.

“I am happy to announce the opening of the Accessibility Fund, which will consider a wide range of proposals involving our trains and stations and will have a positive impact for the north.”

“The fund is part of our wider project to transform our network, giving all our customers a rail service fit for the 21st Century.

For bids to be considered, the proposed project or scheme must be scheduled for completion between April 5 2021 and September 30 2022.

The winning bids will be selected by the Northern Accessibility User Group (NAUG), an independently chaired disability user group, supported by Northern.

Applications can be submitted via the Northern website: www.northernrailway.co.uk/accessibility-fund

Applications are now open and will be considered on a rolling basis from March 12 2021. First awards will begin in April 2021. 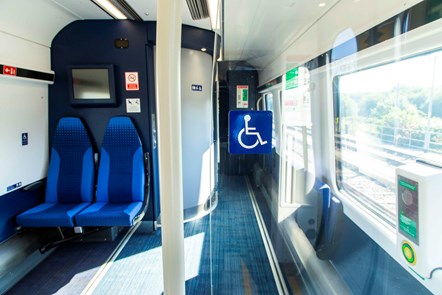