Encore or Onboard? Northern urges festivalgoers not to miss the last trains home from Neighbourhood Weekender in Warrington

The event, which takes place in Victoria Park over the weekend of Sat 28 and Sun 29 May, is expected to attract thousands of people for headline sets by Courteeners, Kasabian and Blossoms.

My Chemical Romance will also be performing in Victoria Park on the evening of Fri 27 May.

Northern operates late night services from both Warrington Central and Warrington Bank Quay, both of which are a 25-min walk from Victoria Park.

The last services on Friday, 27 May are:

The last services on Saturday, 28 May are:

The last services on Sunday, 29 May are:

All these services are expected to be extremely busy.

Chris Jackson, regional director for Northern, said: “The Neighbourhood Weekender is a highlight of the region’s cultural calendar and we’re proud to play our part in getting people to this great event.

“We’d hate people to miss their last train home, so we’re urging festivalgoers to be mindful of the late-night services running from the closest railway stations that weekend.”

Northern is the second largest train operator in the country, with nearly 2,000 services a day to over 500 stations across the North of England. 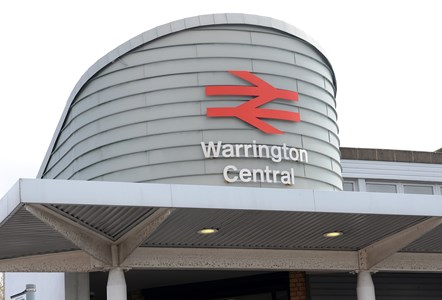