Creamfields festival goers asked to plan ahead for rail travel

Northern is calling on those heading to Creamfields to plan their travel carefully ahead of the bank holiday weekend festival.

Thousands of music lovers are expected to head to Daresbury, just outside Warrington, for the annual festival, with many choosing to travel by train and take advantage of the shuttle buses laid on by festival organisers.

But train operator Northern is asking travellers to plan ahead with engineering work and reduced timetables in effect across the weekend.

Chris Jackson, regional director at Northern, said: “Creamfields is a fantastic festival and we’re proud that so many choose to use our trains to get to and from the event.

“This year though, engineering work from Thursday to Sunday means buses are replacing trains between Liverpool and Manchester (via Warrington Central) so journeys will take longer, and capacity is reduced. Our services to and from Warrington Bank Quay are also suspended this coming weekend, though other operators’ trains will be running.

“It’s really important that those planning to use the railway check the temporary timetables before they set off and give themselves extra time for journeys to and from Warrington.”

Creamfields shuttle buses will be running throughout the festival between the site in Daresbury and Warrington, Liverpool, and Manchester.

For more information on Northern’s timetables visit northernrailway.co.uk/journey-planner or nationalrail.co.uk. For more details on the Creamfields shuttle buses visit creamfields.com 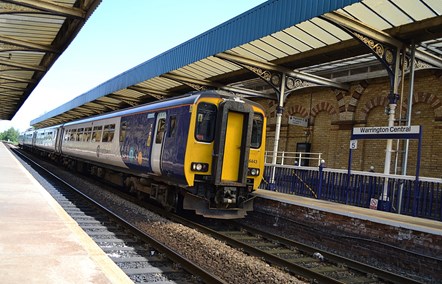