Train operator, Northern, is set to partner with Newcastle Gateshead Initiative (NGI) on a range of activity identified as crucial to the visitor economy.

The two organisations will focus on activity that will boost the city-region’s tourism offer, inward investment credentials and ease of access to the night-time economy.

The partnership comes ahead of a crucial year for the region, as it gets set to host the Rugby League World Cup, mark the 1900th anniversary of Hadrian’s Wall and see the £300m redevelopment of Quayside.

Commenting on the planned activity, Kerry Peters, regional director for Northern, said: “Our services from Bishop Auckland, Carlisle, Chathill, Saltburn and Whitby have an important role to play in bringing people from across the North of England into both Newcastle and Gateshead.

“NGI has a great track record at both championing and delivering for the people and businesses of the region and we’re delighted to throw our weight behind their efforts.”

Sarah Green, chief executive of NGI said: “Our partnership with Northern is key in developing our offer and ability to promote our destination further afield.

“Transport partners are essential to NGI being able to show the ease and accessibility of public transport to NewcastleGateshead and we look forward to working together with Northern on a number of exciting projects in the future.”

Northern is the second-largest train operator in the country, with nearly 2,000 services a day across the length and breadth of its 500+ station network.

NGI is a destination and inward investment agency that delivers for Newcastle, Gateshead, and the wider region. Their projects are dedicated to making a lasting social and economic impact. For more information: https://www.ngi.org.uk/ Follow on Twitter: @NGinitiative and LinkedIn: NewcastleGateshead Initiative 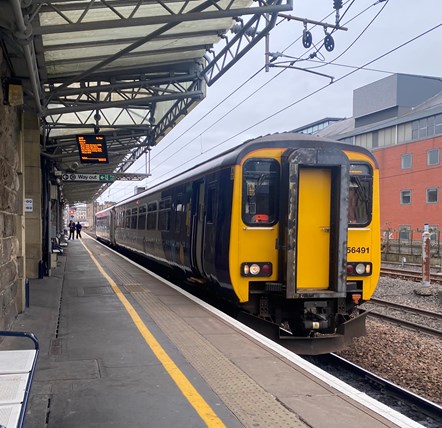